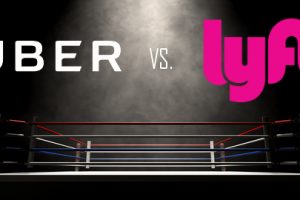 The rideshare is industry is a booming business that doesn’t seem to slow down anytime soon. The multimillion dollar enterprise is taking the world by storm with the major players being uber and lyft. It is hardly impossible to spot an uber or lyft ride when driving throughout the major cities. Interestingly the two companies are competing against each other for a share in the market even though their similarities and difference pose a great impact to their customers.

The giant rideshare companies that is Uber and Lyft make use of apps to provide their services. The apps are easily downloadable on the smartphone and payments are made through credit cards or mobile money. The companies charge almost the same amount since they are competing. Once you call for a ride it will be available within five to ten minutes.

Rideshare being the biggest industry on the streets has brought a lot of convenience in terms of ferrying customers to the desired destination. On the downside, it has brought traffic congestion on the streets, potential source of crime, children using them and a lot of unhappy drivers.

Traffic congestion is the biggest challenge in rideshare industry with the two big players competing to outclass each other. There have been great concerns from city officials and taxi-cab companies about the two companies.

Uber and lyft provide their customers with the most convenient and cheapest way to move around. They are also available from almost anywhere making them the best solution. On the contrary, it has resulted to an ever increasing number of uber and lyft drivers on the road. You will find the drivers double parking on the roads, some making U-turns and other driving patterns that is a great risk to other road user all in the aim of getting to the next user and make more money.

A common trend that has raised concern in the recent years is the increasing number of underage usage in the absence of an adult. Kids generally order for the rides under falls pretense of the parents’ app. The companies have policies to cub under age usage however cases of kids being given rides without the presence of an adult is being experienced. This is because some of the drivers chose to ignore the policies and rush to make money putting the kids in great risk.

Drivers of both Uber and Lyft are often exposed to various risks while on duty. Most of them end up being assaulted or even robbed by passengers. A number of crimes has been reported by the drivers which has raised great concern over the safety of the drivers. The greatest challenge is the company can do very little for the drivers apart from just installing cameras on the vehicles.

Uber and lyft are two competing players in the ride industry. As much as they charge almost the same, they have a couple of difference that sets them apart. Drivers of lyft have an upper hand when it comes payment as they get a higher percentage than those of uber. Drivers of uber have been known to complain of their employer taking up higher charges and giving them low percentage payouts. Lyft allows their drivers to take tips from their customers this makes them even more polite and caring. Uber on the other hand discourages tipping their drivers, nonetheless who would turn down a great tip in this economy.

The most interesting thing about uber is that they inform the public that tip is built into the fare while on the other hand lyft is, lowering the charges of rides. This poses a huge impact on the customer base as well as the motivation of the drivers. If you have ever used the two services you will notice that lyft drivers provide incentives to their customers like a bottle of water or even a snack which is not the case when it comes to uber drivers.

The benefits of rideshare services is far much better than opting for other services in that both uber and lyft provide low rates and cost sharing within users. Simply put if you are two users heading in the same direction, you get to share the cost. The drivers are carefully vetted and all possess an insurance policy hence the safety of the passenger is taken care of. The companies also provide discounts and promotional services to their customers. For instance lyft provides, free rides to first time users to their destination.

In conclusion, the ride sharing company you pick solely depends on your own personal preference. They are the best you will find in town nonetheless, if you find that they don’t meet your needs you are free to choose another service provider.